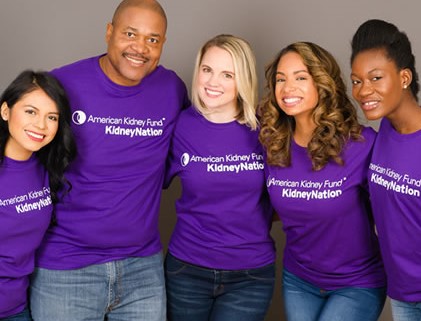 My father passed away from kidney disease two weeks before my high school graduation. In memory of my dad, I’m using my baseball platform to spread awareness and grow support for the American Kidney Fund during National Kidney Month.

I was in the room when my dad died. When the nurse told us he was gone, I placed my hand on his chest to see what a body without a heartbeat felt like. At that moment, he let out a big groan that scared the shit out of me. I turned to the nurse to question her expertise on dead people. She told me that he was not alive, and the groan was his body’s final breath. (At that moment, I learned the phrase “last breath” is actually a real thing and not just a stupid saying people use.) My two siblings and I broke out in laughter because it was typical of dad to pull some inappropriate prank at a time like that. His way of dealing with sadness was to cut through potential tears using ill-timed jokes. (And if you know me, now you know who to blame for my inappropriate sense of humor.)

Pops died at home under Hospice care. I vividly recall sitting at his desk while his eroding life laid on the temporary hospital bed set up in his living room. I sat there drawing out my tattoo in his memory before he even died. Those days in the apartment were long and hard. My siblings and I were literally just sitting there — in a small, dark, eerily quiet apartment — waiting for dad to die. It got to the point where we wanted him to die. It’s crazy to think that we were praying for our dad to die, but we were way beyond the point of no return and had nothing left to do but ask God to end the suffering for everyone.

Although those final days were excruciating, the final years were even worse. I remember saying my nightly prayers as a 12-year-old asking Jesus to keep dad alive (the exact opposite of the prayers I was saying years later beside his death bed). This was my only daily prayer for a handful of years. I spent my teenage days watching my dad’s body slowly slip into death. Literally, I went to bed every night for six years wondering if my dad would be alive when I woke up.

My dad’s name was Harry. I won’t consume your time with details about his life, but I’ll tell you it was a good one. He was a great dad. After my mom, he never remarried. He always said he had no interest in being married to anyone other than his kids. Pops dedicated every minute of his remaining years to the three of us. The overall family structure wasn’t exactly ideal, but my dad did everything he could to be the best. And he was.

I haven’t truly reflected on my dad’s life since he passed away in 2004. Honestly, this piece of writing is the most I’ve ever thought about my dad since his last breath that nearly killed me alongside him. But in the back of my mind, I’ve known for a while that I needed to do something to honor his life and the impact he’s had on all of us. Yes, that’s right… Harry Rudd likely had an impact on you, too.

If you know me in one sense or another — whether that be personally or through social media — then you’ve been indirectly impacted by my father. I am who I am today because of him. And who I am today is a family guy that helps thousands of kids, parents, coaches, and sports fans across the world by using a unique platform I’ve worked hard to climb atop. My work ethic is something I’m proud of and it’s a trait that undoubtedly came from my dad. If my work has been helpful to your life in the slightest of ways, then you can thank Harry for instilling in me the grind-it-out mentality that has led to the contributions I’ve provided to you.

Think about it for a moment. Have you benefitted from any of the work I’ve freely provided to the public? According to the feedback I’ve received, many college coaches found the “Quarantined Coaches” YouTube series comparable to attending an ABCA Convention on steroids. Random parents send me thank you emails constantly for providing content that helps their family navigate recruiting and save money in the process. Kids who I’ve never met send me heartfelt letters expressing gratitude for helping them reach dreams of playing college ball through my campaigns such as “Project 21“. Random baseball fans fill my DM box with appreciation messages for the fun content that has kept them busy through COVID and beyond. I’m not bragging one bit. Unless people are lying to me, I’m simply telling you the truth. I’ve never asked for recognition, nor am I asking for it now. I just want people to know that the content they consume from me wouldn’t be possible if not for my dad.

I’m living a good life nowadays and it’s largely because of him. I wish I could thank him. I never thanked him for anything before he died. I was a dumb kid who didn’t understand life. In fact, my dad was so smart that his dying message to me addressed that exact point. I can’t remember the precise words he used, but basically he told me that I should never regret a moment of our relationship. At the time, I didn’t know what he meant, but these days it makes complete sense. He knew I was a kid who never had a chance to mature and build a relationship with him that I’d be proud of. And he knew that one day I’d grow old and feel bad that I skipped hanging out with him in favor of doing meaningless things with friends. So his last words to me were amazingly wise because he had the foresight to ensure I wouldn’t live the rest of my life with regret. And although I never thanked him in life like he deserved, I can thank him in death by keeping his name alive and allowing him to indirectly help more people. I can make his death be more than just another corpse rolled out of a home and buried in the ground. I can turn his passing into an event that led to positive advancements in technology that may one day save a child’s life.

Harry’s mom died from multiple sclerosis when I was young. In her memory, dad would send a $20 check to the MS Foundation every month. It was one of his habits that always stuck with me because often times I’d be the one leaning out of his Cadillac’s window dropping the check into the roadside mailbox. (FYI, it was not a nice Caddy. It was an old used one that he had to get just so he could go to Heaven saying he owned a Cadillac on Earth.) Today, just like my dad did for his mom, I want to do something to fight back against the disease that killed my parent.

Harry was diagnosed with kidney failure in my early teenage years. Dad didn’t drink and he didn’t smoke. I really don’t know what caused his organs to fail (although it’s probably a safe bet to assume his lackluster diet plan had something to do with it). Honestly, I still don’t know much about kidney failure at all. It wasn’t exactly a topic I had interest in sitting down to learn about after it wiped him out. But research will show that kidney disease affects an estimated 37 million people in the U.S. (15% of the adult population; more than 1 in 7 adults) and approximately 90% of those with chronic kidney disease don’t even know they have it. The killer comes in a plethora of disguises and CKD has no prejudices when it comes to selecting its victims. And once it captures its’ prey, kidney disease is in no rush to complete the kill. It’s often a very slow, painful, and sad process in which families watch helplessly as the life of a loved one gradually disappears. This is exactly what I witnessed with my dad.

17 years after his death, I’m ready to bring him back to life in a big way. For March of 2021 (National Kidney Month), I’m teaming up with the American Kidney Fund to support the fight against kidney disease. In honor my father, Harry Alan Rudd, I’m leading a month-long campaign to spread awareness about CKD as well as raise money to support other Americans who battle with these illnesses. The goal is to raise at least $10,000 during this fundraising event.

I’ve never asked for financial contributions in return for the public work I choose to provide, and I never will. But I know that many people have received great value from my content and might just be willing to return the favor via a small, charitable donation to a nationally-recognized non-profit fighting to save lives. I also know if we band together on this campaign, then reaching the $10,000 goal is more than possible. It would only take 2,000 people to donate $5 in order to hit the target. Aside from family, friends, and my other social media platforms on Facebook, LinkedIn, and Instagram, I believe we have the numbers we need to hit a home run against kidney disease. My Twitter account has over 11,000 followers and my YouTube channel has more than 2,000 subscribers. If this family of people would each chip in $1, then we’d smash the goal. I know our community can do this, and I’m personally asking you to join me on this mission.

Together, let’s make a difference outside of the baselines by taking a swing at kidney disease. Your contribution is more than a gift, it is an investment in others’ lives.

AKF’s support helps ensure that every patient has access to lifesaving care and that everyone at risk is empowered to prevent kidney disease. Charity Navigator has  not only given AKF a 4-star rating for the past 18 years, but they have also named them as one of the top 10 charities in the United States. AKF spends 97 cents of every donated dollar on patients and  programs.